Who Uses an Egg Donor? 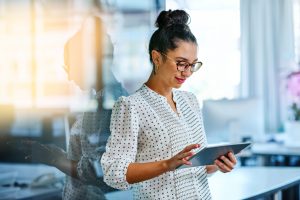 Working with an egg donor can be a great option for couples and individuals of all kinds. Whether it’s a same-sex male couple looking to realize their dreams of having children or a woman with low-quality eggs seeking to start a family with her male partner, egg donation is a very popular, effective fertility solution.

Below are some details on who exactly turns to egg donors, and why.

For same-sex male couples hoping to start a family, egg donation solutions offer a few different options. Couples may opt to use either fresh or frozen donor eggs from an anonymous, semi-known, or known donor; for example, donors may be a close friend of the couple’s, an anonymous individual, or someone who chooses to remain anonymous but allows for the possibility of the child contacting them once they turn 18.

Both opposite-sex and same-sex couples may choose to work with an egg donor in the event that the woman intending to carry the pregnancy has poor-quality eggs. This may simply be the result of aging, which degrades egg cells’ DNA. Because fertility declines with age, the chances of miscarriage, infertility, and genetic disorders are higher in women over the age of 35.

For women over 35 unable to conceive, working with donor eggs from a younger woman — whether known, semi-known, or anonymous — and then undergoing some form of artificial insemination can greatly increase the chances of becoming pregnant.

Other factors can also affect egg quality, including cancer, infections, stress, and even fevers.

Women Who Have Experienced Premature Menopause

Both same-sex and opposite-sex couples may experience issues trying to conceive with the intended mother’s own eggs as a result of premature menopause. When women are affected by premature menopause, they no longer get their period and cannot become pregnant. Working with an egg donor opens up the possibilities of starting a family. For postmenopausal women looking to carry the pregnancy themselves, this is still possible through the egg donation process combined with a form of artificial insemination.

While “premature menopause” and “premature ovarian failure” (POF) are sometimes used interchangeably, they refer to two different conditions. With POF, normal ovarian function is compromised before the age of 40, but women may still be able to become pregnant.

Endometriosis is a condition in which the tissue that normally lines the inside of the uterus grows outside of it. This can be very painful and, depending on the severity, may require surgery. Endometriosis can result in impaired fertility, with one in three women diagnosed with the disorder experiencing difficulties conceiving. However, some women may not even be aware that they have endometriosis until they seek treatment for infertility.

Working with an egg donor allows women experiencing fertility issues as a result of endometriosis to still carry a pregnancy on their own.

Single men may work with a traditional surrogate, who carries the pregnancy herself using her own eggs, or may work with a gestational surrogate who carries the pregnancy after the embryo — formed using the intended father’s sperm and a donor egg(s) — is transferred into her. (This means that the baby will not be related to the woman acting as the gestational carrier.)

Single women who aren’t able to conceive using their own eggs, whether due to age, poor egg quality, or some other reason, may also turn to egg donation solutions in order to fulfill their dreams of building a family.

Whether you’ve been considering working with an egg donor for a while, are experiencing difficulties conceiving and looking to explore your options, or are simply interested in learning more, the specialists at Fertility Source Companies can help. Get in touch today.